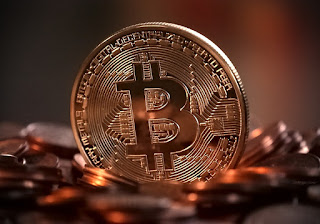 DNA Based  computers! Are we spiraling down the path to complete insanity? We are being modified for the smart grid. Delivering humanity to the blood fest,every day is Halloween for the corrupt leaders and dark entities.

Harvesting human body parts and to using aborted baby parts to flavor additives in processed foods(naturalnews.com) embryonic cells to test fake flavoring chemicals, both savory and sweet, which are then added to things like soft drinks, candy and cookies.

“BEAUTY PRODUCTS” LOADED WITH CHEMICALS MADE FROM UNBORN BABIES MURDERED VIA LEGALIZED GENOCIDE
Is this a page from Hansel and Gretel?

Where War is a racket,a money scam,and a Blood Fest .Is America really governed by Isreal,and by the banking interests  that control that Country  operated out of the UK?

Smart 5G Grid ,a system of a lock down which we are being subject to-doing what we are being told,connecting everything wirelessly,from energy to E Health,cars,and mobile technology-a base station connected to every house that apparently has no health concerns.Do you think we are losing our independence and freedom?

The US is being used to disable the world,and set up Australia as the world police headquarters in the Southern Hemisphere. Theatre for the masses are the wars, and harvesting body parts and locking the people of western countries down under the mythical fear of terrorism which is cooked up by the governments themselves.

The smart grid is the control grid.A digital cashless society they have to bring on to operate the grid.Unite the people to a common focal point?This is where Bitcoin comes in,which is used by the pedophile rings,but people are saying it is not evil.The Government introducing its own block chain technology could prove to be much worse.Digital currency is removing the control of the banks over currency that we will find freedom with cash.When we pay for every aspect of our lives and is all done automatically,perfect for the government  online, the way they want it.Everything would be paid for by use,every time we open our fridge,switch on a light,using a can opener,anything that requires power.Land ownership,everything we have.With surveillance being paid for by us by the apps installed on our devices.

Biological genetics where we are hooked up to the grid ourselves,we are all being genetically altered. With the sperm count down and chemical transgender ism-happening to the human race,noticing an increase in this over the last few years even more.Being trans human there is no gender.

This is why we need to disconnect,get back to nature,make our own medicines and growing our own food.Let our bodies connect to natural electromagnetic and frequencies.This is our Future,how do you want to live it?
at February 05, 2018