Dr. Martin Pall To The NIH: "The 5G Rollout Is Absolutely Insane."

In today’s complex world, more than ever before, so much is competing for one’s attention. It is increasingly easier to become distracted from whatever it is that a person attempts to improve or accomplish in one’s life. People living in contemporary society simply have much more to do and be responsible for than did previous generations. 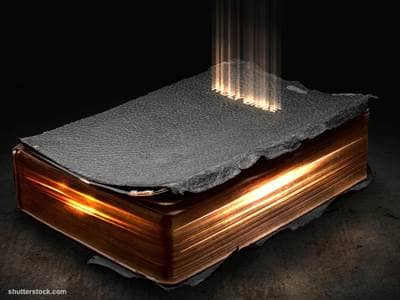 There may be less to do in regard to physical work, perhaps because of the high-tech age into which the world has moved, but this has been replaced with work requiring our mental attention or concentration. Our daily lifestyle requires a state of mind that can maintain concentration on appropriate priorities, if we are to remain on track as to what is expected of us by others and, most importantly, what we expect of ourselves.

For many of us, maintaining any consistent degree of concentration is difficult due to the demands which we may be facing in our daily lives. Thus, attempting to maintain concentration may, in itself, become a source of stress, as we struggle with our minds to keep them focused on the business at hand. Such stress is even more pronounced if a person is functioning on a purely intellectual level in life, without the support and relief that the spiritual presence of God within a person’s mind can provide to the more surface levels that are attempting to maintain concentration.


There are two basic forms of concentration practice available, the intellectual and the spiritual. Most people function only on the intellectual level and that includes many individuals professing some sort of religious faith. In the vast majority of such cases of the believer, God is involved in only the most difficult of times.

The power of spiritual concentration can be emphasized even more if it is realized that what normally disturbs or distracts a person’s concentration takes place at a personal level of surface ego consciousness. It is one’s personality level of mind that is most easily vulnerable to being diverted because it is so susceptible to reacting to outer sense impressions or environmental input.

Most obvious, and perhaps most important in any benefit to be derived from the power of concentration is that of achieving the goals that we set out to realize. Far more people would accomplish the goals they started out to achieve if their concentration had been maintained on what they were attempting to complete.

By keeping our concentration on an original goal, and by possibly utilizing spiritual concentration, we may accomplish far more than our original goal. This is because the original goal was a starting point of concentration which, step by step, led us to different or loftier aims. With a new sense of achievement over and above what we had originally intended, we are able to maintain concentration.

Striving to improve our career or employment status can be enormously affected by our ability to maintain concentration; first, in whatever goals we are trying to accomplish, and second, in actually taking the steps to achieve them. Realization of a successful career can become sidelined by losing concentration as a result of co-workers or associates we must interact with, along with personal or family commitments. Practicing the power of concentration should not be intended to block out such interactions while they are occurring, but rather, to make the most productive use of the time when they are not taking place, by bringing the mind to a full concentration when the time is available.

To be creative, a person must transcend the surface levels of the mind to enter into the creative levels where true innovation exists in the expression of uniqueness, originality, discovery, and inspiration. The practice of concentration enables an individual who is proficient at it to shift mental gears from the outer surface, intellectual, and analytical levels into contact with the creative flow or intuitive levels of the mind. Concentration, in and of itself, will not allow entry to the creative level. However, it will focus the mind inwards, adequately creating a mental atmosphere conducive to the emergence of the creative flow on the mind’s surface levels. This allows the resourcefulness to be comprehended and recognized as a guiding force in whatever a person’s creative pursuits might be.

Being able to concentrate our attention on those we love, and thus be able to love more abundantly can, next to our relationship to God, be the most important thing in our lives. No matter what we may accomplish as a result of our concentration powers in a worldly sense, it means little, if anything, unless its fruits are shared with others on a deeper, more personal level. Having the control over our mind to be able to leave the proverbial “office at the office” can require the ability and mental agility to shift our focus from concentration at the workplace to those who give us purpose.

THE MAGIC OF BELIEVING BY CLAUDE BRISTOL FULL AUDIOBOOK

There is a New Corrupt pantheon on its way-and it is called NWO-New World Order.Most have heard of it,but it has been in the works for some time.

We see all this finger pointing on the Catholics and Luciferians who do hanous acts to humanity-but is all Government corruption,the Illuminatti-who follow many Pantheons, so one is no  better or innocent than the next.

Crypto Currency is trying to be the 'new'-just like Social Media points-who both steal our freedom,and originates from the Wealthiest countries  in the World-Japan and China.
If Humanity starts buying into this crap-we are all going to suffer,and say goodbye to our freedom-much like the chip that is meant to be convienant. But for Whom?Think about that.

Mark "Zickenburg" of Facebook  is also trying to get his own crpto going-who is one of the Biggest Illuminatti investors next to Trump. In the news - According to reports from The Wall Street Journal and elsewhere, Facebook has partnered with companies like Uber, Visa and PayPal to create its new cryptocurrency called Libra. The initiative is run by David Marcus, the Facebook executive who previously ran Facebook Messenger. He was the president of PayPal before joining Facebook.

The digital currency will allow Facebook users to send money to each other and pay for goods through Facebook’s family of apps like Messenger and WhatsApp. But details are pretty scarce beyond that. Still, analysts were bullish on Facebook’s impending crypto announcement, saying it could open up new sources of revenue outside of its core digital advertising business.

“We believe this is a major initiative for Facebook, and one that has the potential of putting the company front and center in areas beyond advertising, including commerce and financial services, materially expanding its total addressable market and growth prospects,” analysts at SunTrust said in a research note this week.
Too funny-the Illuminatti think they have all the Sheeple,but the rest will awake,WE HOPE!
Crypto originated from pedopheilia and corupt rings,what's changed?And why are we being so dumb as to follow the bread crumb trail for the next HOLOCAUST????

#illuminatti#crtpto#corruption#gov't#holocaust#
at June 17, 2019 No comments:

BE a Sovereign Being and Act Accordingly 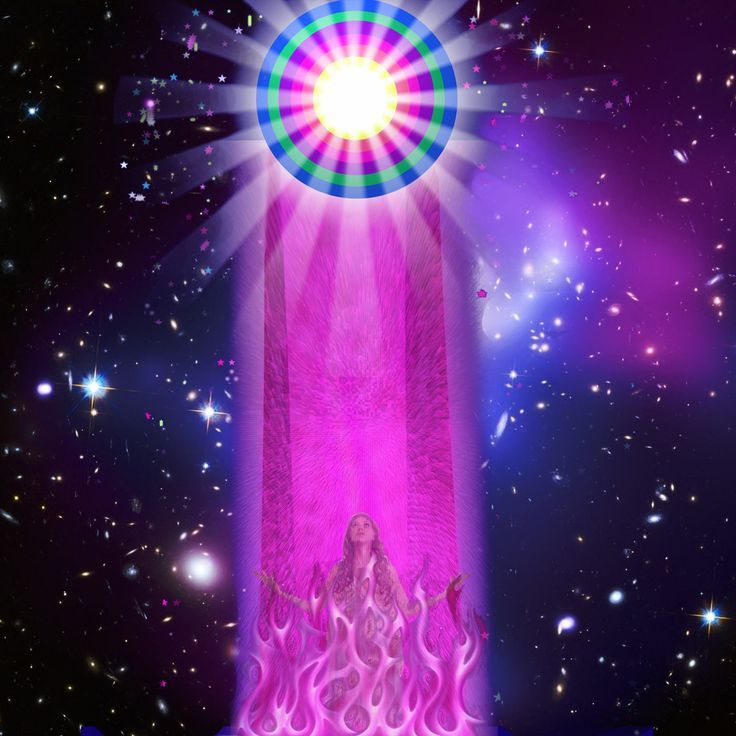 Important operations of the SURFACOM Command were successfully executed during the time of our mass meditation to decree “The Sovereignty of Mankind” and “The End of Chimera”.

Unfortunately, because of the nature of such operations, no further information can be released, but they are already reporting that their major targets were successfully reached. Important places related to the Chimera Group located inside of the Planetary Grid were successfully cleared and a massive amount of negative energy could be transmuted and finally removed.

The sincere participation of everyone who understood the urgency of our call, the ones who quickly shared the information an effectively participated in our mass meditation created a huge breakthrough in higher dimensions. The reached momentum allowed coordinated advancements from the Light Forces towards the surface of the planet.

The Violet Flame emanated from everyone participating in this meditation was used to transmute negative energies around the Planet, and the creation of a Blue Shield allowed the direct intervention of special Delta Security Forces, who acted under the strict guidance of the Galactic Codex in order to ensure that the manifested FREE WILL of everyone participating in the mass meditation was being fully respected.

In order to help you to improve your inner connection, we would like to invite you to make the “Decree of Sovereignty” daily, at least one time per day. You can include your own name and make the necessary changes if your inner guidance says so. You can create your own and personalized decree and make it every day, turning this into a daily habit and, perhaps, you will start to see real improvements in your perceived reality. There is no need to follow a strict schedule, you can make your own invocations at random times. Print it or keep it in your smartphone, do it mentally or verbally, when you are waiting for something in a queue or simply when you can.

Paranormal romance blends the real with the fantastic or science fictional. The fantastic elements may be woven into an alternate version of our own world in an urban fantasy involving vampires, demons, and/or werewolves, or they may be more "normal" manifestations of the paranormal—humans with psychic abilities, witches, or ghosts. Time travel, futuristic, and extraterrestrial romances also fall beneath the paranormal umbrella.
Come find excitement as you embark on your paranormal romantic journey
Free To Join!
Talk about your interests,what you research,your quarks,turn-ons and more!
Find your ideal Mate!
https://thewitchinghour.ning.com

The Real Reason to be Afraid of Artificial Intelligence | Peter Haas | T...

Artificial Intelligence: it will kill us | Jay Tuck | TEDxHamburgSalon

The World's Darkest Secrets | YOU WON'T BELIEVE WHAT IS ACTUALLY HAPPENING!

When They See Us-Cops for Real

When They See Us extends from 1989 when five Harlem teens were, according to Dominic Patten, “convicted first in the media and then twice in the courts for the brutal rape of a jogger in the NYC park to 2014 when Antron McCray, Kevin Richardson, Yusef Salaam, Raymond Santana and Korey Wise saw their names finally cleared. Having been vilified by New Yorkers back in the late 80s and forced to spend years in jail each, the five sued New York City and settled for just over $40 million about four years ago.

Typical how Investigators bully to get confessions-legal or not-right or not.It doesn't just happen to Black folk either.Cops where I live get teenage boys unattended while out doing their own thing,and pretend to friend.Little do our nieve children realize they are dealing with Satan himself.
I do not like cops,nor will I ever pretend to.This movie sums it up,it is everywhere.Today,police??? are trained worse than soldiers,as they are after all just stupid dawgs,and they do not protect and serve.Themselves perhaps......
Watch the movie,Injustice and reality at its finest.
at June 05, 2019 No comments:

The Collapse of the American Empire?

A wounded animal is a dangerous one. Be alert. 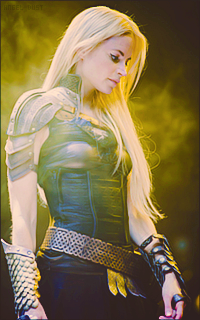